Assessing the Intentions and Timing of Malware

Malware has become a significant, complex, and widespread problem within the computer industry. It represents one of the most prevalent threats to cybersecurity and is increasingly able to circumvent current detection and mitigation techniques. To help better understand when a malware attack might happen, this article proposes an intention-based classification of malware and merges it with an optimal timing model to help predict the timing of malware based on its classification. The classification model is based on an examination of eight malware samples, and it identifies four malware classifications and commonalities based on the dimensions of persistence and stealth. The goal of the article is to provide a better understanding of when cyber-conflict will happen, and to help defenders better mitigate the potential damage.

In today’s online environment, computer systems now dominate our personal, business, and financial lives. However, our dependency on these systems also makes us vulnerable to cybercriminals. The cost of cybercrime now exceeds $110 billion USD and affects 566 million victims annually, which equates to 1.5 million victims per day or 18 victims per second (Semantec, 2012). Malware, which is short for "malicious software" and includes computer viruses, worms, trojan horses, and spyware (TechTerms, 2014), which are used for a range of illicit activities such as distributing spam email and stealing sensitive information.

This article examines an evolutionary timeline of malware based on eight examples of malware dating from the first computer virus in 1971 (Gatto, 2011) through to a recent example from 2012. These examples are used to develop an intention-based classification of malware, which is then combined with Axelrod and Iliev's (2013) optimal timing model. The optimal timing model deals with the question of when the malware should be used given that its use today may well prevent it from being available for use later. The optimal timing model is presented from the perspective of the offense – helping predict the best time to use a resource. However, the results are equally relevant to a defender who wants to estimate how high the stakes have to be in order for the offense to use their resource. When the optimal timing model is combined with the intention-based classification, the new model helps clarify how the timing of malware can depend on the stakes involved in the present situation, as well as the characteristics of the resource for exploitation. Even further, the model helps predict the level of sophistication one could be facing, increasing the chances of mitigating the malware (Galarneau, 2002; Mell et al., 2005; Symantec, 2014).

Axelrod and Iliev test their optimal timing model on four individual case study examples. Combining the model on a broader class of malware samples will further test their model or allow new perspectives and theories to evolve. Because both models use the same definitions for a malware’s stealth and persistence capabilities, they can be easily combined to provide a better understanding of the intentions and timing of the attacker’s malware.

In this section, eight examples illustrate the evolution of malware, ranging from the first experimental computer virus from 1971 to a cyberespionage application that was discovered in 2012. These eight cases were selected as being noteworthy examples of malware based on a combination of timelines (Hansen, 2013; Infoplease, 2012; Khanse, 2014; Larsen, 2012; Malware Database, 2014; PC History, 2003; Standler, 2008). The eight examples are spread out over the history of malware and are generally representative of contemporary malware examples.

As shown in Table 1, the eight examples of malware can be summarized along the following six dimensions:

As Table 1 shows, the number of computers affected by the malware increases over time, except in the recent case of Flame, which is malware for targeted espionage, not widespread impact. Early examples of malware were readily detected and did not persist for long, and tended to rely on known vulnerabilities and social engineering for initial access. Later examples, particularly in malware for cyberwarfare, show a trend toward more targeted attacks with increased stealth and persistence.

Modelling Malware Based on Intentions and Timing

The design and features of a particular malware application will depends on the creator's intentions, and its users must also take into account the optimal timing of its desired impact. In the general context of cybersecurity, Axelrod and Iliev (2013) developed an optimal timing model to help understand when a given attacker should exploit its capacity to do harm. Their model considers important assumptions about the stakes at hand and the resource characteristics in terms of stealth and persistence:

Thus, Axelrod and Iliev’s (2013) optimal timing model can be used to predict the optimal time to maximize the value of a particular malware application if an attacker knows the current stakes and the application's capabilities in terms stealth and persistence. An attack-value threshold can be calculated based on the malware’s stealth and persistence and the capacity and vigilance of the intended target. For instance, the stealth of malware used against a well-protected target is likely to be less than the stealth of the same malware against a target that is not particularly attentive to security. Likewise, malware will typically have less persistence against a target that keeps its systems up-to-date with security patches than against a target that does not.

Overall, the optimal timing model predicts the three factors that favour attacker patience: low stealth, high persistence, and low stakes. However, when the stakes are high, the model favours high stealth and low persistence. Indeed, based on the analysis of the cases shown in Table 1, the attacker's intentions can be mapped along the two dimensions of stealth and persistence, as shown in Figure 1. 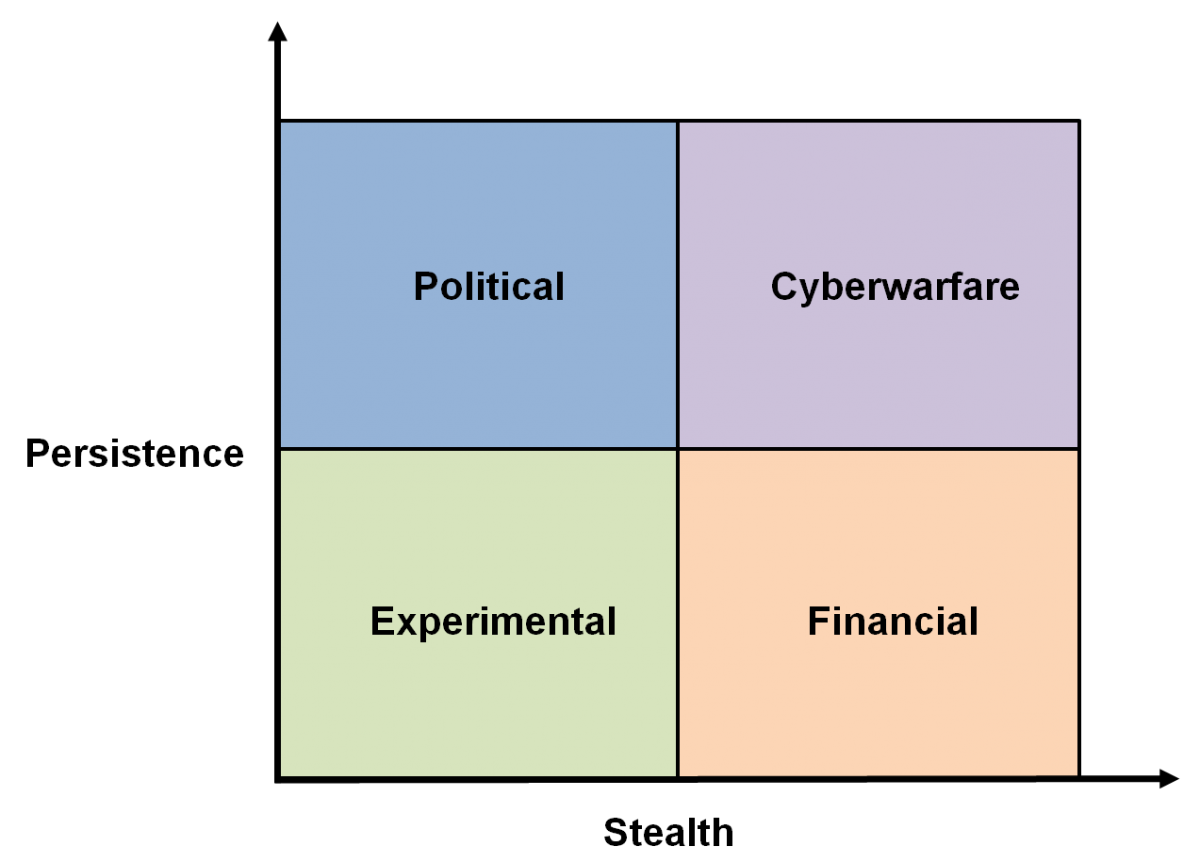 Figure 1. An intention-based classification of malware

The political malware examples would be found in the top left corner of Figure 1, which is characterized by high persistence and low stealth. For example, "hacktivist" malware often has high persistence and goes undetected until the group wants to raise awareness of a particular situation (Tarzey & Fernandes, 2013). Cyberwarefare malware uses high stealth and high persistence to stay undetected for as long as possible. Financial malware has high stealth, enabling its creators to steal information through social engineering or misleading users; however, it has low persistence because cases of social engineering often have a limited lifespan because they are often based on current events (Conheady, 2012). The final classification is experimental, with low stealth and low persistence, experimental malware does not persist on computers nor does have a potential lifespan because they are often based off of publicly known weaknesses in a system and are created simply to show how an attacker can take advantage of the weakness. Within the set of malware samples studied in this article, all experimental malware displayed messages indicating that it was on the computer and then it would be deleted by users or the vulnerability would be patched.

The classification shown in Figure 1 can be enhanced by introducing variable stakes, as described in Axelrod and Iliev's (2013) model. Table 2 shows three scenarios of low, constant, and high stakes and the optimal timing for the use of malware depending on its intention. When the stakes are low, the optimal timing model determines that the current time is not the optimal time to use the malware for any malware classification, except, potentially financial malware.

Table 2. The optimal timing of malware use depending on intentions, persistence, stealth, and stakes

Under constant stakes, the results in Table 2 show that financial malware should be used immediately. The model suggests the use of financial malware because, as defined by the intention-based classification, financial malware has low persistence and high stealth, making it the exact candidate to use under the optimal timing model. For example, a setting where the stakes are constant over time is the exploitation of stolen credit card information.

Under high stakes, the results in Table 2 show that it is optimal to use the resource immediately, except perhaps when the intention is political. The famous political, or “hacktivist” group, Anonymous, continues to use their resources, but only to send a message relating to a particular event. There is likelihood that they believe their message should be voiced on a particular world event so their stakes are so large that they are willing to sacrifice their resources to do so.

It is important to note the limitations of these results using the same weight for each of the three variables: persistence, stealth, and stakes. In real world examples, and in Axelrod and Iliev's optimal timing model, these values can be weighted differently.

It has been more than 40 years since our first example of malware. Malware evolved, but some of the principles have remained the same. The purposes and motives for malware have changed from educational, protests, and pranks to profit then finally to espionage and sabotage. Intention is an important part of understanding malware; originally, antivirus companies were looking for malware that had financial profit, so many systems were being skipped. Knowing that malware is also being used by governments and military, the search for potential malware activities can be broadened to other potential systems. Understanding the intentions of malware enables the evaluation of the effectiveness of malware defenses.

The concept of initial access has changed slightly over the years. Many of the early examples of malware discussed here needed to be distributed, for instance through email, floppy disk, or USB device, or through a vulnerability in a web service that has an open port. However, the more recent examples – Stuxnet and Flame – were using zero-day exploits. This pattern may be a relatively new trend, because organizations are no longer telling the public or the vulnerable vendors about vulnerabilities; instead they are keeping or selling the techniques (Radianti & Gonzalex, 2007). Again, understanding the purpose of the malware helps in determining how many systems might be affected and how they originally became compromised. If the purpose is financial gain, then it seems likely that many systems will be infected. However, for cyberwarfare, or government-related instances, the examples studied show that only a small, unique set of systems will be infected.

Presented in this article is a model that represents the majority of malware today. The model was created to help understand the potential effectiveness of a malware application’s stealth and persistence techniques based on their intentions. And, by combing the optimal timing model by Axelrod and Iliev (2013) with the results of studying the eight malware samples, Table 2 can help predict when an initial attack would likely happen.

Khanse, A. 2014. Evolution of Malware – How It All Began! The Windows Club. November 1, 2014:
http://www.thewindowsclub.com/evolution-of-malware-virus

Brent Maheux is a Senior Software Specialist for the Canadian Government. He holds an MEng degree in Technology Innovation Management from Carleton University in Ottawa, Canada, and a BCS degree in Computer Science from Dalhousie University in Halifax, Canada. He has over 7 years working experience within the public and private sector specializing in product design and implementation.

Examining the Modes Malware Suppliers Use to Provide Goods and Services

The Internet of (Vulnerable) Things: On Hypponen's Law, Security Engineering, and IoT Legislation

The Internet of Things (IoT) and the resulting network-connectedness of everyday objects and appliances in our lives bring not only new features and possibilities, but also significant security concerns. These security concerns have resulted in vulnerabilities ranging from those limited in effect to a single device to vulnerabilities that have enabled IoT-based botnets to take over hundreds of...

Botnets have become one of the fastest-growing threats to the computer systems, assets, data, and capabilities relied upon by individuals and organizations worldwide. Botnet takedown initiatives are complex and as varied as the botnets themselves. However, there is no comprehensive database of botnet takedowns available to researchers and practitioners, nor is there a theoretical model to help...